Maritime Impacts of Volcanic Eruptions: A Guide for the Prudent Mariner

Q:  Where can I find current volcano activity reports?

A:  Two excellent links are the following:


Q:  What happens when a volcano erupts?

A:  When a volcano erupts, large amounts of noxious gases, steam, rock, and ash are released into the atmosphere, and can be transported thousands of miles from the volcano. The high concentrations of toxic gas (that are hazardous) are localized in the immediate vicinity of the volcano. In that same area, molten rock called lava can be released. Also, if a volcanic mountain is covered in snow and ice, a lahar can form.

A:  When a volcano erupts, enormous amounts of heat are released very quickly. Snow and ice on a volcano's flanks can melt extremely fast because of this, which creates a flash flood. This flood is essentially a fast-moving river of mud, trees, boulders, road & bridge pieces, and anything else that gets in its way on the trek down the mountain. Lahar flows can end up in many coastal waterways, such as the Columbia River in Washington/Oregon, various locations in Puget Sound, WA, and in Cook Inlet in Alaska. These debris flows can create major navigational hazards in a short amount of time, putting mariners in danger. These flows, however, are mainly only a concern for coastwise vessel traffic, not high seas.


Q:  What is volcanic ash composed of?

A:  Volcanic ash is composed of tiny pieces of rock and volcanic glass. Depending on the concentration, it can range from a minor health irritant and visibility nuisance to a major respiratory and machinery hazard. For more information on the hazards of volcanic ash, please see: http://volcanoes.usgs.gov/ash/


Q:  How can volcanic ash be hazardous to my ship?

A:  There are numerous ways ash can affect marine transportation:


Q:  Now that I know how hazardous this is, how can I get information on how to avoid such occurrences?

A:  In the high seas bulletins issued at 00, 06, 12, and 18 UTC, look at the warnings section near the header. If a significant volcanic eruption will affect METAREAs IV or XII, there will be an ASHFALL ADVISORY in the warnings section. Ashfall Advisories will be located below the gale warnings, if any are issued. Example follows:

OKMOK VOLCANO AT POSITION 53.4N 168.2W IN THE CENTRAL ALEUTIAN ISLANDS 70 NM SW OF DUTCH HARBOR HAS ERUPTED AT 1437 UTC 9 FEBRUARY 2009. VOLCANIC ASH MAY BE REACHING THE SURFACE NEAR/IN THE VICINITY OF UMNAK ISLAND. ASH HAS BEEN REPORTED ON THE SURFACE OF THE OCEAN 30 NM S OF UMNAK ISLAND. MARINERS SHOULD EXERCISE CAUTION. IF MARINERS ENCOUNTER VOLCANIC ASH OR FLOATING VOLCANIC DEBRIS...YOU ARE ENCOURAGED TO REPORT THE OBSERVATION WITH THE OCEAN PREDICTION CENTER BY CALLING 301-763-8441.

Courtesy of the USGS and the Smithsonian Institution) 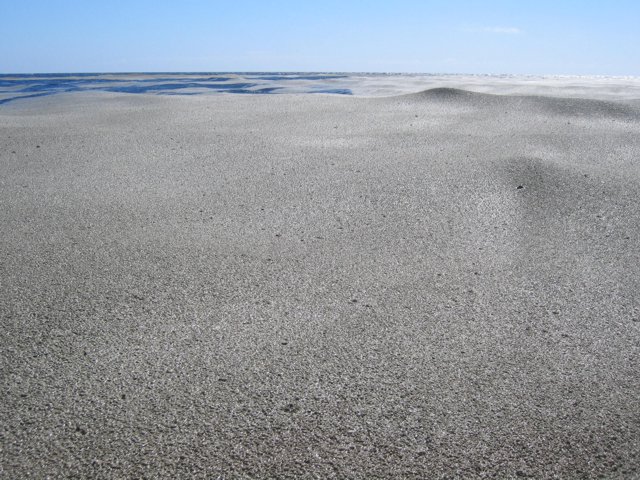 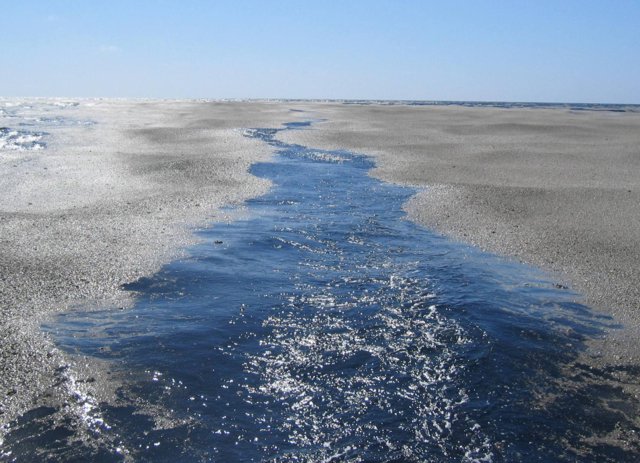 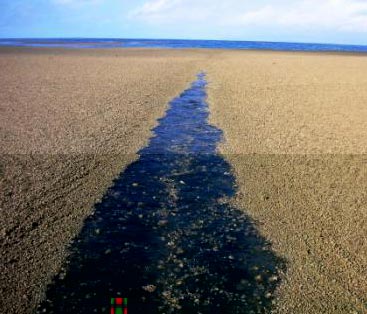 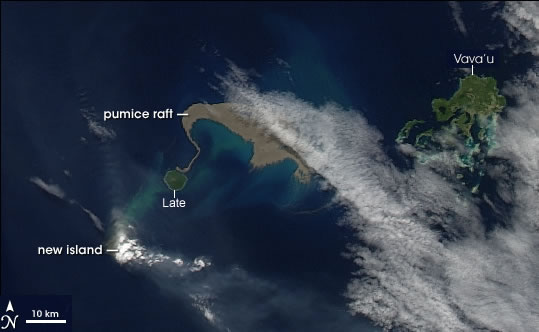